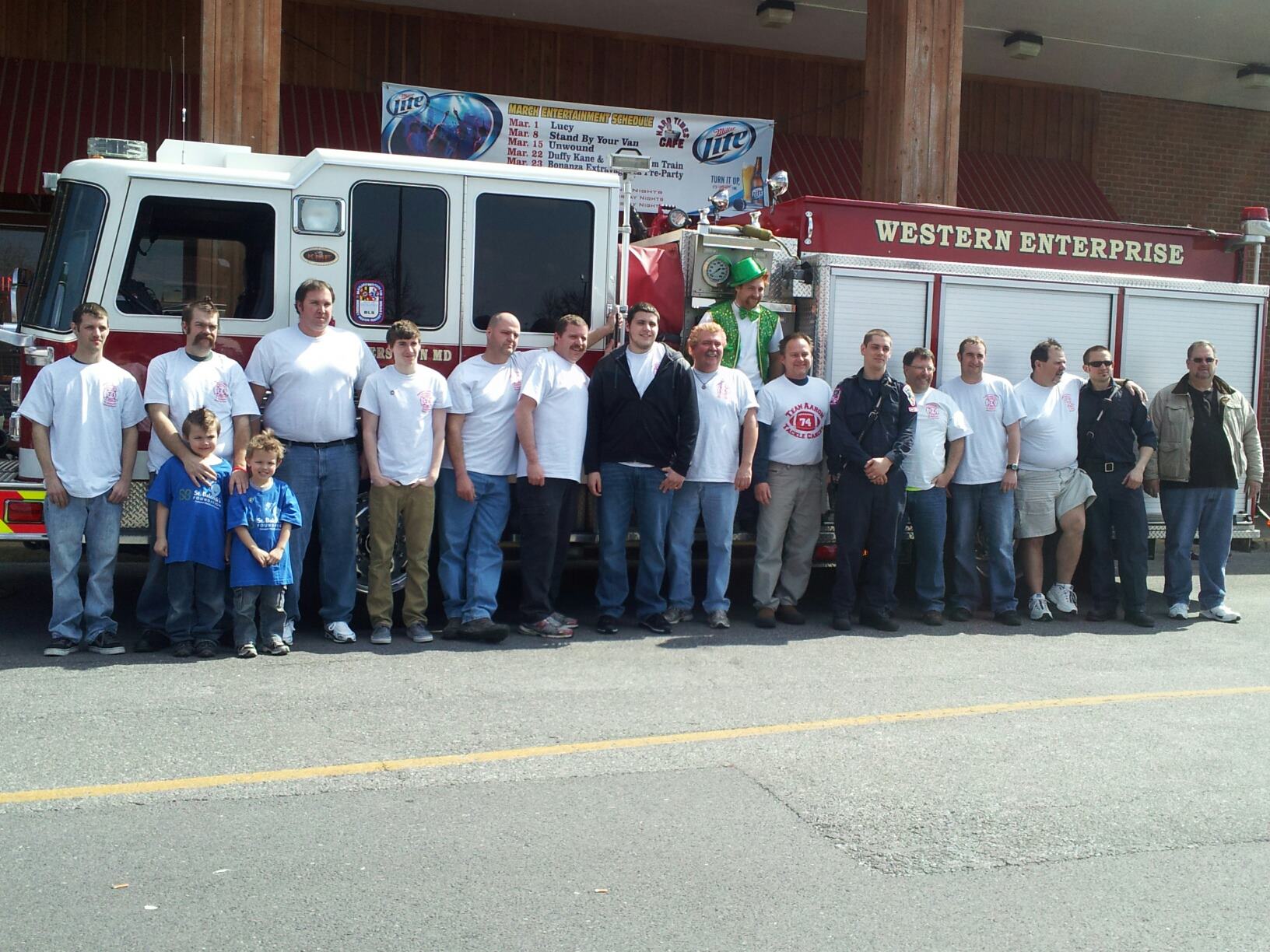 HAGERSTOWN, Maryland – Continuing with the tradition of serving the community, the firefighters and supporters of Hagerstown Fire Department Local 1605 will shave their heads in an event to raise money for childhood cancer research.

“So far we have 14 registered,” Local 1605 chairman Jeb Eckstine said. “Five are females…it’s not just guys that shave. The fire department just hosts the event…anyone is welcome to join. We are looking for additional people and would challenge each (county) department to send one person.”

The brave a shave for kid’s cancer event locally sponsored by Hagerstown Professional Firefighters through St. Baldrick’s Foundation will be held May 6 at the Red Men Lodge #84 on Lappans Road in Williamsport with a time to be announced, according to Eckstine.

“Walk-ins are always welcome or you can register right up to the day of the event online,” Eckstine said.

Eckstine continued that city firefighter and co-chairman Jay Johns has been doing the fundraiser elsewhere for years, but brought the idea to the department several years ago after a co-workers child was diagnosed with cancer.

Much like his day-to-day life, Eckstine got involved simply to support one of our own.

“The first year (Hagerstown Fire Department Local 1605) participated was to honor one of our own. Aaron, the son of a retired city firefighter, was battling cancer,” Eckstine said. “He is now cancer free.”

As Eckstine got more involved in the fundraiser, he became appalled that more funding doesn’t go to childhood cancer research…he plans to change that.

Eckstine continued that each year the department tries to honor a local child.

“Last year we honored two children and we hope they will make an appearance again this year,” Eckstine continued.

First and foremost as public safety personnel we are about serving the public, Hagerstown Fire Department Chief Steve Lohr said in a phone interview exclusively with Shock-Advised.com

Lohr said that Hagerstown’s firefighters are constantly taking the initiative to help the community in other ways then just responding to emergency calls. He continued that much like this event, staff also organizes a winter coat drive that supports children to ensure they have warm coats to wear in the winter.

Lohr emphasized that their hair can’t interfere with safety precautions in place as part of their job.

Eckstine is well known in the department and around the county for his unique hairstyles and colors during this time.

“My individual wild hair styles have no rhyme or reason. It is a way to be silly,” Eckstine said. “It is to make people laugh and have some fun while raising money for a great cause.”

Worldwide, 300,000 children are diagnosed with cancer each year. And in the U.S., more children die of childhood cancer than any other disease- more than AIDS, asthma, cystic fibrosis, congenital anomalies and diabetes combined.

Lohr laughed that he doesn’t have hair to grow that can be shaved off to show support, but did offer an alternative.

“I have an old University of Maryland wig…I might wear that and let them shave it,” Lohr said.

The St. Baldrick’s Foundation is a volunteer-powered charity that funds more in childhood cancer research grants than any organization except the U.S. government. Their website urges people to get involved and giving hope to infants, children, teens and young adults fighting childhood cancers.

The first fundraiser started in 2000 with three guys in a Manhattan bar on St. Patrick’s Day and a challenge to go bald to raise money for childhood cancer research. The goal was $17,000. They ended up raising $104,000 and St. Baldrick’s was born, according to the foundation website.

The name comes from a mashup of St. Patrick’s and the word bald, making it St. Baldrick’s, the website said.

To date, the foundation has raised $200 million in research grant funding since 2005.

For more information on the event follow this link: https://www.stbaldricks.org/events/HFD2017.