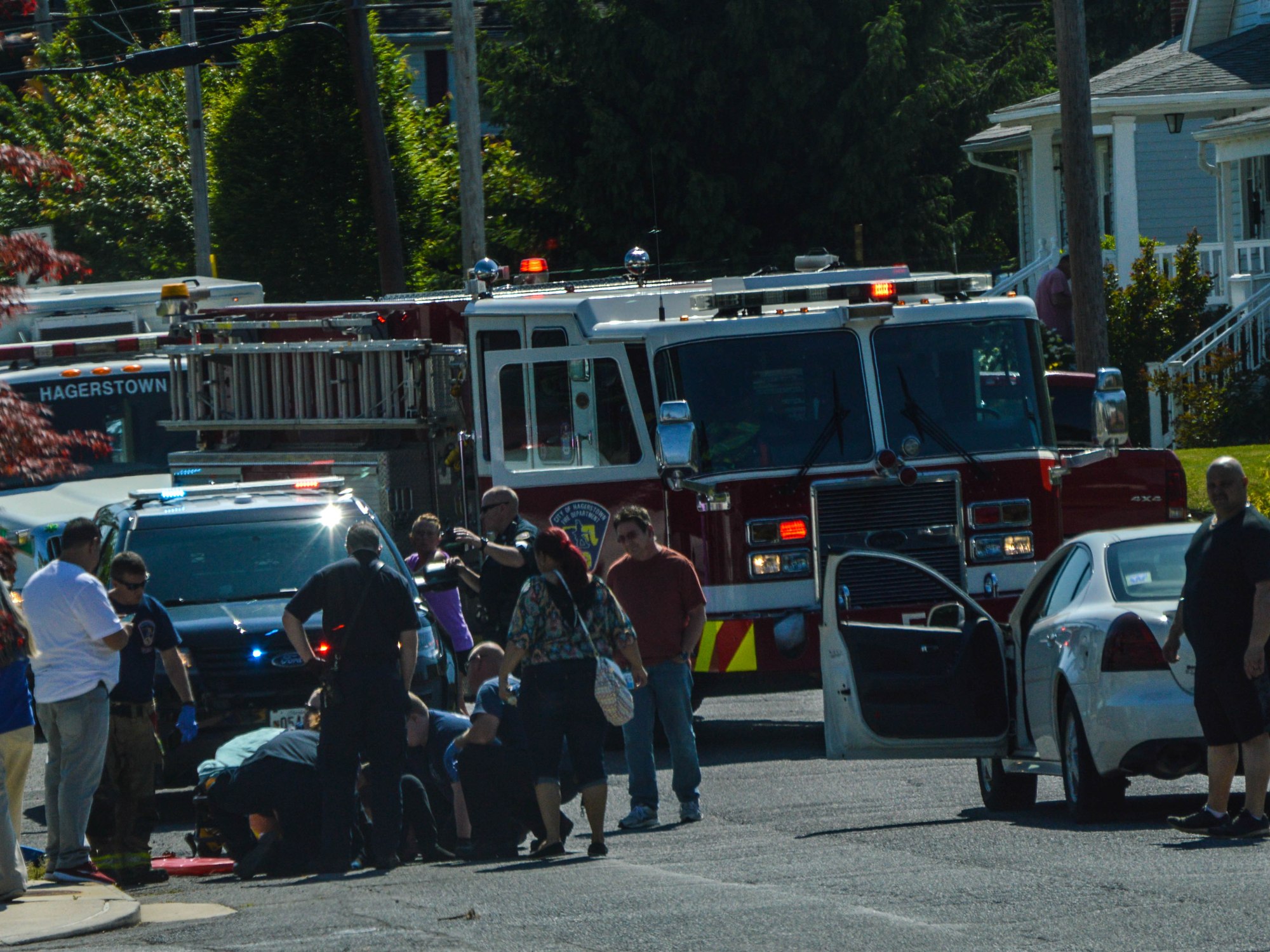 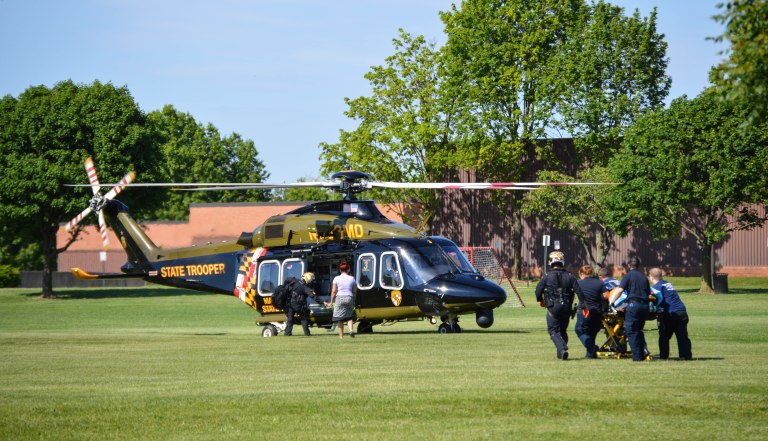 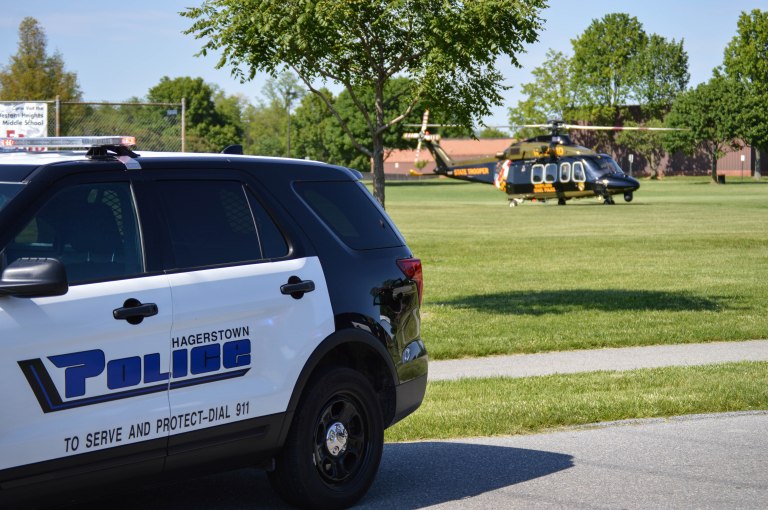 The patient was listed as a priority 1, category alpha under the MIEMSS trauma decision tree and was transported to the landing zone at Western Heights Middle School in Hagerstown’s west end.